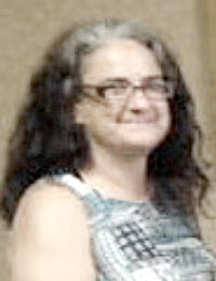 Mrs. Katie Key of the Key Hollow Community at Monoville died at the age 0f 42 at the Riverview Regional Medical Center E. R. at1:10 p.m. Tuesday afternoon September 2, 2019. She suffered a seizure in front of the Powell & Meadows Insurance Agency while riding her bicycle on the Main Street sidewalk and collapsed into the grass by the walk.

Following release from the Metro Medical Examiners office in Nashville she was at the Carthage Chapel of Sanderson Funeral Home. Mrs. Key was cremated at Cumberland Family Services in Algood and the family will announce plans for a memorial service to be held.

A native of Lakeport in Lake County, California, she was the daughter Merle McDow and Darlene Yerves McDow and was born Katie Marie McDow on May 1, 1977.

At the Carthage First Baptist Church on January 2, 2010, she was united in marriage by Bro. Tim Frank to Tanglewood Community native Michael Edward Key.

Mrs. Key was a 1995 graduate of Roseville High School in Roseville, California.

She had been employed at Dalton’s Stockyard Restaurant and more recently at McDonalds in Carthage.

Mrs. Key was of the Baptist faith.

Surviving in addition to her husband are her father, Merv McDow of California; father-in-law and mother-in-law, David and Tammy Slagle Key, sister-in-law, Samantha Key all of the Key Hollow Community.