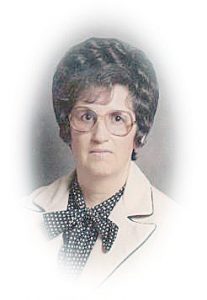 Funeral services for Mrs. Naomi Meadows Reece, 81, of Cookeville, TN, and formerly of the Gladdice community of Jackson County, will be held at 2 P.M. on Monday, September 30, 2019, at Anderson – Upper Cumberland Funeral Home in Gainesboro, TN. Burial will follow in the Defeated Creek Memorial Gardens in Smith County, TN.

She passed away on Saturday, September 28, 2019, at Cookeville Regional Medical Center.

She was born July 4, 1938, in Jackson County, TN, to the late Lewis Meadows and Maggie Meadows. She was a nursing assistant at Jackson County Hospital, and a member of the Burristown Assembly of God.

Shannon Brinkley and Bro. Jeff Burton will officiate at the services.

In lieu of flowers, memorial donations may be made to the American Heart Association or the American Cancer Society by contacting the funeral home.