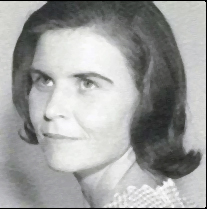 Mrs. Cole was born on November 7, 1944 in Roswell, New Mexico a daughter of the late Thomas E. Melton and Frankie Lee. She married William Harold “Bill” Cole on June 10, 1961 and he preceded her in death on February 14, 2011. Mrs. Cole was also preceded in death by Son; Timothy Ray Cole, Daughter; Tammie Rebecca Gould, and ten siblings. She had worked at KFC/Taco Bell in Gordonsville, TN.

Celebration of Life Services for Mrs. Cole are scheduled to be conducted from the Gordonsville Chapel of Bass Funeral Homes on Thursday, October 10, 2019 at 3PM.

The family requests attendees to the service wear purple, as it was Margie’s favorite color.

In lieu of flowers, donations in Mrs. Cole’s memory be made to the Cystic Fibrosis Foundation.