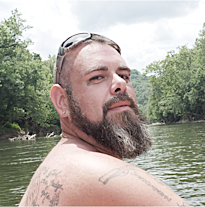 Mr. Jason Earl Jackson, age 37 of Sykes, TN, passed away Tuesday, October 8, 2019.
Jason was born October 25, 1981 in Madison, TN, a son of Jimmy Earl Jackson and Susan Lee Hensely Jackson. He was a 2000 graduate of Gordonsville High School. Jason enjoyed listening to music. He could always bring a smile to everybody’s face,

Funeral Services for Mr. Jackson are scheduled to be conducted from the Gordonsville Chapel of Bass Funeral Homes on Sunday, October 13, 2019 at 2PM with Rev. Dennis Croslin officiating. Interment will follow in the Jackson Family Cemetery in the Sykes Community.

Visitation with the Jackson Family will be at the Gordonsville Chapel of Bass Funeral Homes on Saturday from 2PM until 8PM and on Sunday from 10AM until service time at 2PM.