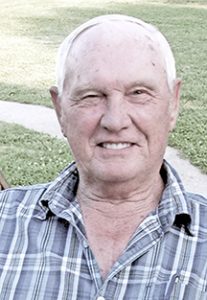 Well known Russell Hill Community carpenter and farmer, Mr. Ronald Brooks, died at the Sumner Regional Medical Center in Gallatin at the age of 80 at 5:55 a.m. Thursday morning October 10, 2019 with his children at his bedside. He was admitted October 9th as a result of respiratory distress.

Sunday afternoon October 13th funeral services from the Carthage Chapel of Sanderson Funeral Home were conducted by his pastor Eld. Jason Goad and by Bro. Sammy Earps. Burial followed the 3 p.m. services beside his wife at the Davis Cemetery in the Russell Hill Community.

A sister, Ruth Brooks Smith preceded him in death as did a brother, Mathie B. Brooks Jr. who died at the age of 65 in 2009.

On November 14, 1959 in Lafayette he was united in marriage to the former Shirley Faye Smith who preceded him in death on January 3, 2006 at the age of 62 following over forty six years of marriage.

Mr. Brooks was saved as a young boy and was baptized into the full fellowship of the Russell Hill Missionary Baptist Church in the Russell Hill Community and where he served as a Deacon for over twenty six years. As long as his health permitted he was at the church services any time the church doors were open.

The Brooks family requests memorials to the Davis Cemetery Fund.