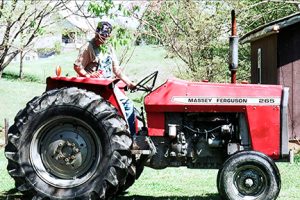 At the Lafayette Courthouse on February 7, 1986 he was united in marriage to Russell Hill Community native, the former Beverly JoAnn Sneed.

Mr. White was employed since 1992 in the timber industry and at the time of his death was employed by G. & F Lumber Company.

Surviving in addition to his wife of over thirty three years is a sister, Bonnie Bandy and husband Tom, Riley White and wife Barbara all of Lafayette; his father-in-law and mother-in-law, Vestal “Cotton” Sneed and Beatrice Petty Sneed of the Russell Hill Community; niece, Lori Fields and husband Charles “Peanut” of the Rome Community; nephews, Steve Bandy of Mt. Juliet, Ryan White and wife Amanda of Westmoreland, Mike Denney of the Plunketts Creek Community, Jeffrey Denney and wife Jenny of Sparta.