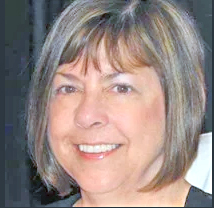 Mrs. Agee married Tim Agee on September 5, 1982 in Springfield, VA. She was a graduate of Fairfax High School in Fairfax, VA, and attended East Tennessee State University in Johnson City. Lynne was the Regional Director with Auxillary of the Gideons International responsible for Central Tennessee. Mrs. Agee was a member of the Spring City United Methodist Church in Spring City.

She began her professional career as a loan originator for Steed Mortgage Company in 1974. She then began working for Fireman’s Fund Mortgage Corporation where she became vice president and district manager in the Washington D.C. Metropolitan Area until 1988. Lynne served as Vice President/Regional Manager for Valley National Mortgage Company which later became Huntington Mortgage Company from 1988 until 1995. After a four year period as Vice President and Mortgage Loan Officer for SunTrust Bank, Lynne moved to Wilson Bank and Trust in 1998. While at Wilson Bank and Trust, Lynne was vice president and mortgage loan trainee specialist. She retired on December 31, 2018 after 20 years of service.

Celebration of Life Services for Mrs. Agee are scheduled to be conducted from the Gordonsville Chapel of Bass Funeral Homes on Friday, November 1, 2019 at 3PM with Chaplin Dan Scott officiating. Interment will follow in the Brush Creek Cemetery.

Visitation with the Family will be at the Gordonsville Chapel of Bass Funeral Homes on Friday, November 1, 2019 from 1PM until 3PM.

In lieu of flowers, the family requests donations in Mrs. Agee’s memory be made to Gideons International to purchase scriptures.