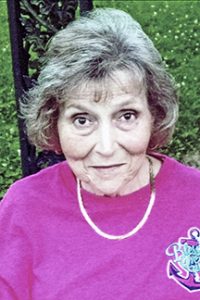 Mrs. Janice Ramsey Goolsby died at the age of 60 at the St. Thomas Mid-Town Hospital in Nashville on Tuesday evening October 15, 2019 at 5:39 p.m. where she was admitted earlier that day suffering from respiratory failure.

One of four children, she was born Janice Annette Ramsey in Carthage on July 7, 1959 and was the daughter of James David “Junior” Ramsey Jr. of the Smith Branch Community and the late Dorothy Marie Bowman Ramsey who died at the age of 71 on August 31, 2011.

Mrs. Goolsby was also preceded in death by a brother, David Troy Ramsey, who died January 8, 2014 at the age of 46 as the result of a massive stroke.

Mrs. Goolsby was of the Missionary Baptist faith.

She was a 1977 graduate of Smith County High School.

Before becoming disabled Mrs. Goolsby was employed at the former Carthage Shirt Corporation.