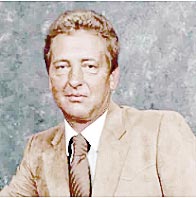 Trousdale County native Mr. Dean Beasley of the Flat Creek Community in Bedford County died Monday November 4, 2019 at the age of 80 at 12 midnight with his family at his bedside and they had lovingly cared for him in his final days.

Graveside services were conducted at 12 noon on Thursday November 7th and burial followed in the Beasley family lot in the West Section at the Dixon Springs Cemetery.

Mr. Beasley was educated in the Trousdale County School System.

He was a trainer of Tennessee Walking Horses.

This notice provided as a courtesy to the Beasley family.