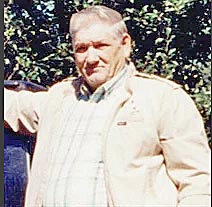 Mr. Williams was born October 9, 1936 in Bowlings Branch, TN, a son of the late Bryan Williams and Ruby Robinson Williams. He was also preceded in death by Brother; Carl Edward Williams and Nephew; Frankie Rollins. He married Erma Rollins on May 16, 1959. Mr. Williams attended the Church of God of Prophecy Family Worship Center. Kenneth worked for many years operating a bulldozer and other heavy machinery.

Funeral Services for Mr. Williams are scheduled to be conducted from the Gordonsville Chapel of Bass Funeral Homes on Monday, November 11, 2019 at 1PM with Bro. Bill Parkerson, Bro. Jimmy Guire, and Bro. Bobby Peoples officiating. Interment will follow in the Gordonsville Cemetery.

Visitation with the family will be at the Gordonsville Chapel of Bass Funeral Homes on Sunday from 1PM to 8PM and on Monday from 11AM until service time at 1PM.

The Family requests donations be made to the Church of God of Prophecy Family Worship Center.