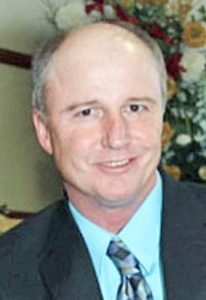 His brother-in-law, Eld. Ricky Hackett and his close friend Eld. Michael Nesbitt officiated at the 1 p.m. Saturday afternoon November 16th funeral services from the Carthage Chapel of Sanderson Funeral Home. Burial was beside his son in the Pleasant Shade Cemetery.

On May 13, 1978 at the home of Phillip’s parents he was united in marriage to Hartsville native the former Betty Darlene Taylor.

In addition to operating his farm he had been employed with ABC Trucking Co. in Lebanon and Consolidated Freightways.

He was a Master Mason and was a member and Past Worshipful Master of the Difficult Benevolent Lodge # 451, F & A M.

Mr. Evitts graduated from Smith County High School in 1975 where he majored in Agriculture.

The Evitts family has requested memorials to either the Pleasant Shade Fire Department or the Jamie Evitts Memorial Scholarship Fund.