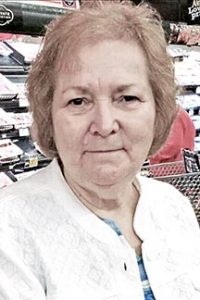 Mrs. Carnell Franklin Climer, a housewife of Conditt Hollow Lane in the Elmwood Community, died at the age of 73 at 2:28 p.m. Saturday afternoon November 23, 2019 at the Summit Medical Center in Hermitage where she was admitted November 15th being treated for cancer.

In Lebanon at the Wilson County Courthouse on April 24, 2001, she was united in marriage to Elmwood Community native Bobby Ray Climer. The ceremony was performed by then Wilson County Clerk Jim Goodall.

Mrs. Climer was a former leather cutter at Hartman Luggage in Lebanon until leaving the public sector in 1995.

While living in Lebanon she attended the Lebanon First Baptist Church.