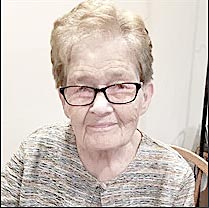 Mrs. Lee Ett Winfree Baker Anderson, age 92, went home to be with the Lord on Saturday, November 23, 2019. She had been a resident of The Pavilion Senior Living Center in Carthage, TN since 2017.

She was born on January 4, 1927 to the late Hubert Lee Winfree and Minnie Clara Driver.

She was a longtime employee of Genesco and Texas Boot Company in Carthage. After retiring, she enjoyed gardening, reading and most of all, spending time with her family.

Visitation will be held at the Gordonsville Chapel of Bass Funeral Home on Tuesday, November 26, 2019 from 10:00 a.m. until 1:00 p.m. after which time graveside services will be conducted by Elder James Crawford at the Union Hill Cemetery at Sykes, TN.