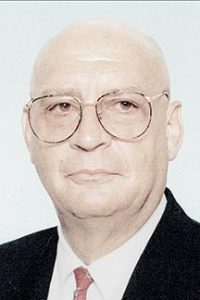 Well known Carthage businessman and former educator, Mr. Scotty Yeaman died at 5:30 p.m. Sunday evening December 1, 2019 at the St. Thomas West Hospital in Nashville where he was admitted Wednesday morning November 27th after having been transferred from Riverview Regional Medical Center in Carthage. He was 76.

His sister, Betty Carol Yeaman, who at the time of her death was Director of Nursing at the former Carthage General Hospital, died in a single car accident in Overton County on July 23, 1974 at the age of 35.

Mr. Yeaman began his work career as a teenage at the former Murrah Drug Co. in Carthage in a role that was then referred to as a “Soda Jerk”, making milk shakes, coke floats, banana splits and other goodies at the drug store soda fountain.

He was a 1961 graduate of Smith County High School where he was an outstanding athlete having played football and basketball all four years and his major was in science and mathematics. It was said of him in his senior annual that; “Truth is the highest things that man may keep.”

He was awarded a football scholarship to Middle Tennessee State University where he graduated with a Bachelor Degree in education and went on to receive his Masters Degree. While at M.T.S.U. he was offered a tryout position with the Kansas City Chiefs.

While at M.T.S.U. he was introduced to the lady that would become his wife and on November 28, 1964 in Tompkinsville, Kentucky he was united in marriage to Celina native, the former Marilyn Gaye Melton. At the time he and the then Miss Melton met she was a student at Tennessee Tech and they were introduced by Noel Cherry, who was a Clay County native and friends of the Melton family and a close friend of Scotty.

He came from a long line of law enforcement officials in Smith County and his grandfather Dow Yeaman died while in the office of Sheriff on April 11, 1939 at the age of 70 and Scotty’s grandmother, Mrs. Willa Yeaman, finished his unexpired term and later Mr. Yeaman’s father Lillard was elected sheriff.

His first foray into education was in the Shelbyville School System where he served as football and girls basketball coach. He later was football coach at Smith County High School before becoming the school’s principal, beginning in the fall of 1971 replacing the late Ervin Smith who had been principal since 1951.

In 1976 he left his education career to begin the State Farm Insurance Agency on Main Street North in Carthage and became very successful with the business endeavor. After leaving the school position he continued as a beloved broadcaster at the Owls football games from 1986 until 2015 and was active in the “Sports Nuts” programs on “The Ranch” WUCZ 104.1.

A dedicated Christian, he devoted much of his Christian life in service at the Carthage Church of Christ as a member, Deacon and later as an Elder until ill health overcame him and he resigned his Eldership position in 2018.

He also served on the Smith County Board of Education from 1990 until 2010 and again from 2014 until resigning because of ill health in 2018.

Another hobby that consumed a part of Mr. Yeaman’s life was his Harley-Davidson Motorcycles which he dearly enjoyed and also the many long rides with his family and friends.

Surviving in addition to his wife of just over fifty five years is their daughter, Misty Yeaman Smith and husband Brian of South Carthage and her son Jake White of the home.

The family has requested memorials to either the Jackson-Smith Youth Camp or the Jordan Hackett Foundation.