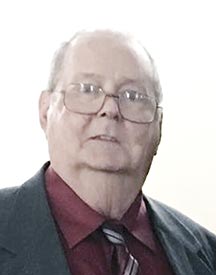 Mr. Jones was at the Carthage Chapel of Sanderson Funeral Home. His funeral services were conducted Thursday afternoon December 12th at the Anderson and Garrett Funeral Home in Joelton. Edward L. Anderson officiated at the 1 p.m. services and burial was beside his wife in the Tomlinson-Hazelwood Cemetery on Eaton’s Creek Road in Joelton.

Mr. Jones was a 1954 graduate of Cumberland High School on Hydes Ferry Pike in Bordeaux.

At the Nashville Courthouse on February 4, 1966 he was united in marriage to Pulaski native Shelbie Jean Sharp who preceded him in death on August 9, 2017 at the age of 80 following over fifty one years of marriage.

In 1971 his family relocated to Carthage from Nashville where he was employed by Genesco and following the closing of Genesco the late Charles Hopper hired Mr. Jones to be over maintenance for the Texas Boot Co. In Carthage.