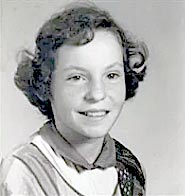 Mrs. Grisham was born in Gordonsville, TN a daughter of the late David Barrett and Annie Carmen Mann Barrett. She was also preceded in death by her son Oscar Grisham and brothers Wayne Barrett and Thomas Barrett.

Funeral services for Mrs. Grisham are scheduled to be conducted from the Gordonsville Chapel of Bass Funeral Homes on Tuesday December 10, 2019 at 1PM with Elder James Thomas Gibbs officiating. Interment will follow in the Gordonsville Cemetery.