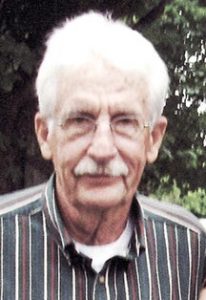 Mr. Bill Miller of the Popes Hill Community died at the age of 84 at 8:10 p.m. Monday evening December 9, 2019 at the Quality Care Health and Rehabilitation Center in Lebanon.

Funeral services from the Carthage Chapel of Sanderson Funeral Home were conducted by Bro. Jimmy Gregory on Thursday afternoon December 12th at 1 p.m. Burial was beside his son in the Miller family lot in the East section of the Dixon Springs Cemetery.

After leaving the farm his first public employment was when he was hired by the late Bill Richardson who was then manager of the Smith County Farmers Cooperative when it was located in a building that burned and was located where the South Carthage City Hall now stands.

Two siblings preceded him in death, Thomas Odell Miller who died on November 12, 1919 at the age of four months and twenty nine days and Geneva Frances Miller Moss who died at the age of 94 on February 24, 2016.

Mr. Miller was a former law enforcement officer working both as a Carthage City patrolman and later as a Smith County Deputy.

In the 1960’s he was owner and operator of Mid-Town Esso Service Station located in the building in the center of Carthage on Main Street in which was later Ray’s Fruit Market.

Before relocating from Fisher Avenue in Carthage to the Tanglewood Community, he was a member of the Carthage Volunteer Fire Department and was also a member of the Smith County Rescue Squad.

For many years before retirement he was employed by Francis Whitley Construction Co. and in retirement he kept busy with his Bill Miller’s Affordable Lawn Care.

Mr. Miller was a non-denominational Christian.

The family requests memorials to the Salvation Army Christmas Programs.