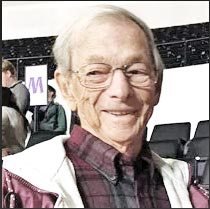 Mr. Finley was born January 1, 1936 in Jefferson City, TN, a son of the late Ralph Finley, Sr. and Chillnessia Ellison Finley Hurst. He married Mary Frances Holcomb on August 11, 1956 and she preceded him in death on December 17, 2015 after 59 years of marriage. Mr. Finley was also preceded in death by Son; Micheal Finley and Half-Brother; Jimmy Hurst.

Mr. Finley worked for Cowin and Company based out of Birmingham, AL, for over thirty years.

Funeral Services for Mr. Finley are scheduled to be conducted from the Gordonsville Chapel of Bass Funeral Home on Sunday, December 15, 2019 at 7PM with Rev. Jimmy Sherrod officiating.

Graveside Services and Interment with Military Honors for Mr. Finley are scheduled to be conducted at the Gordonsville Cemetery on Monday, December 16, 2019, at 10AM.

Visitation with the Finley family will be held at the Gordonsville Chapel of Bass Funeral Homes on Sunday from 4PM until service time at 7PM.

The family requests memorials in Mr. Ralph’s memory be made to Vanderbilt Children’s Hospital or charity of your choice.