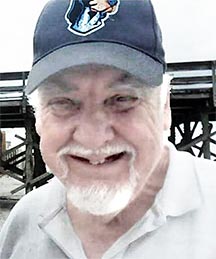 Paul Howard Whited, age 77 of Elmwood, passed away on Wednesday December 11, 2019 at Smith County Health and Rehab in Carthage.

He was born on Tuesday December 1, 1942 in Carthage, the son of Willie and Gladys Wilkerson Whited.

Private celebration of life will be held at a later date.

Sumner County Funeral and Cremation Services in charge of arrangements. 615-452-9059