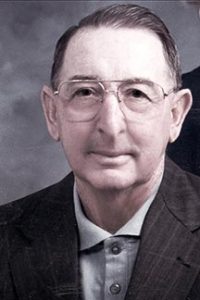 A lifelong farmer, Mr. Dewey King Knight of the Watervale Community, died at the age of 93 at 1:31 a.m. Tuesday morning December 17, 2019 at his Watervale Lane farm home. He was pronounced deceased at 3:53 a.m. by Kindred Hospice of Cookeville who had been assisting with his care.

He was preceded in death by his sister, Wynema Dixon Knight Meachum who died on August 24, 2018 at the age of 99.

He was united in marriage to his high school class mate and sweet heart, Watervale Community native, the former Lucy Lola McCall. They were wed on June 5, 1947 in Rossville, Georgia in a ceremony performed by Justice of the Peace George W. McClure. Mrs. Knight preceded him in death on June 16, 2010 following just over sixty three years of marriage.

Mr. Knight was a 1944 graduate of Smith County High School where he majored in agriculture.

He received the “Tennessee Star Farmer” award his senior year and at the time his family was farming a total of 525 acres in Horseshoe Bend.

In Kansas City, Missouri on October 20, 1947, he was awarded the prestigious “Degree of America Farmer” by the National organization of Future Farmers of America.

In 1965 the U. S. Corps of Engineers purchased 62 acres of their farm for where the Horseshoe Bend side of the parking lot and boat ramp for Cordell Hull Dam are located.

At the height of Mr. Knight’s farming operation he raised 300 acres of corn per year on the four hundred acres on which he now farmed and raised cattle. His love for that farm never waned and the last full day he spent on the farm was September 20 of this year when he bush-hogged over ten acres.

In 1930 before the untimely death of his father, Nathan, they purchased a steel wheeled Farmall Tractor and had to ferry it across to the Horseshoe Bend Farm from the C. E. Wright farm on Turkey Creek.

In 2008 Mr. and Mrs. Knight, before her death, placed their 400 acre Horseshoe Bend Community farm in the Tennessee Land Preservation Trust so that it could remain a farm in perpertuity.

Mr. Knight was saved as a young boy and baptized into the full fellowship of the Green Valley Missionary Baptist Church where he remained a faithful and supportive member until his death.

His only survivors are nieces and nephews.