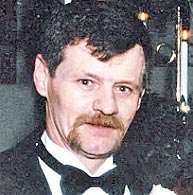 Mr. Murphy was born November 19, 1956 in Wilder, TN, a son of the late Arthur D. Murphy and Darlene Wilson Murphy. He married Kathy Shoemake on November 9, 1974. Glenn was an avid outdoorsman and enjoyed hunting and fishing. He especially enjoyed taking care of his grandchildren.

Visitation with the Family will be at the Gordonsville Chapel of Bass Funeral Homes on Saturday from 12PM until 8PM and again on Sunday after 10AM until service time at 2PM.