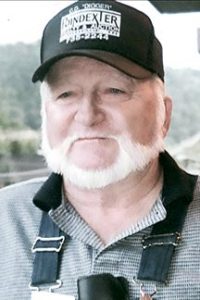 Mr. Kenneth Dillehay, age 80, of the Monoville Community died at 5:15 a.m. Sunday morning January 5, 2020 at his Pleasant Shade Highway home surrounded by his loving family. He was pronounced deceased at 8:04 a.m. by Kindred Hospice of Cookeville.

Mr. Dillehay was preceded in death by his only sibling, Brenda Kay Dillehay, who died from cancer June 6, 2008 at the age of 57.

Mr. Dillehay was a mechanic for 13 years at the former Spring Street Motor Co. where Carthage Town Hall is now located on Spring Street.

An experienced truck driver, he drove the bulk milk truck for Kemp Bros. Farms for five years, was employed by Danny Sloan’s A.B.C. Trucking Co. in Lebanon for over twenty five years and the last eighteen years before his retirement in 2004 he was employed as a truck driver for the Tennessee Department of Transportation.

Mr. Dillehay was saved at the age of 12 at the old Mt. Tabor Missionary Baptist Church in Pleasant Shade and was of the Presbyterian belief.

Surviving in addition to his wife of over sixty one years are two children, Kathy Dillehay Collins and husband Jimmy, a