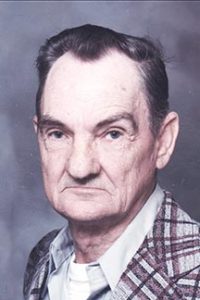 Mr. Vestle “Cotton” Sneed died Friday morning January 3, 2020 at his Hesson Ridge Lane home in the Russell Hill Community under the care of HighPoint Hospice. He was 91.

Funeral services from the Carthage Chapel of Sanderson Funeral Home were conducted Sunday afternoon January 5th at 3 p.m. by Eld. Jason Goad. Burial followed in the Garden of the Cross at Smith County Memorial Gardens.

The ten siblings preceding him in death were James, Johnny and Lula Belle Sneed who all died as infants, a brother Ward Gray Sneed who was killed during the Vietnam War, Dorothy Sneed Vanderpool, Stanley Sneed, Everett “Bud” Sneed, and L. T. Sneed, Clementine Sneed Witcher and Georgia May Sneed Stafford.

On November 1, 1949 in Glasgow, Kentucky he was united in marriage to Russell Hill Community native, the former Beatrice Petty.

Brenda Denney’s husband and the father of the twins, Lost Creek Community native William Ray Denney died July 3, 2016 at the age of 69.

The Sneed’s were also preceded in death by their other son-in-law, Clayton Lee White who died October 13, 2019 at the age of 60.

In the early years of his career he was employed at a fertilizer plant in Indiana.

He retired as a sawmill worker and farmer.

Mr. Sneed was saved as a youth and his family attended the Russell Hill Missionary Baptist Church.

Surviving in addition to his wife of over seventy years is their daughter, Beverly Sneed White of Red Boiling Springs; three grandchildren, Michael Denney, Lori Fields and husband Charles all of the Rock City Community, Jeffrey Denney and wife Jenny of Sparta; nine great-grandchildren; brother, Billy Thomas Sneed of the Whitleyville Community and sister-in-law, Marie Smith of the Haydenburg Community.