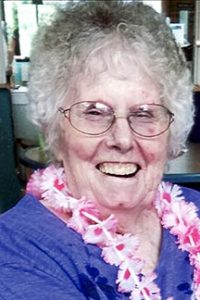 Mrs. Birdie Silcox Ross of Smithville and a longtime former Carthage resident, died at the age of 74 at 7:20 a.m. Sunday morning January 5, 2020 at N. H. C. Healthcare in Smithville where she had made her home since July 28, 2017.

Bro. Tim Frank officiated at the 1 p.m. funeral services from the Carthage Chapel of Sanderson Funeral Home which were conducted Tuesday afternoon January 7th. Burial followed beside her son in Section three of the Ridgewood Cemetery.

Mrs. Ross had previously been employed at the former Carthage Shirt Corporation, the Hartsville Blouse Mfg. Co. and the former Texas Boot Co. in Hartsville.

She was baptized and became a member of the New Life Apostolic Church in Carthage in 2015.