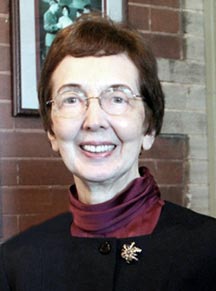 Mrs. Nancy Caplenor Brode, a homemaker of Mt. Juliet, passed peacefully into eternal rest at 1:44 p.m. Thursday afternoon December 26, 2019 at the TriStar Summit Medical Center in Hermitage at the age of 82.

A memorial service is scheduled to be conducted Saturday afternoon January 11th at the Ligon & Bobo Funeral Home at 241 West Main Street in Lebanon. Rev. Craig Goff will conduct the 1 p.m. service of remembrance.

Visitation with the family will be two hours prior to the service from 11 a.m. until 1 p.m.

It was said of her in her senior year: “Her ways are ways of pleasantness and her paths are peace.”

She furthered her education at the University of Tennessee at Knoxville where she received a Bachelors of Science and a Masters Degree, both in Home Economics.

For over thirty years, before retirement, she served as a supervisor for the Tennessee Commission on Aging.

Following retirement she dedicated herself to volunteer work, volunteering with the AARP, the Mt. Juliet Food Pantry and loved to travel.