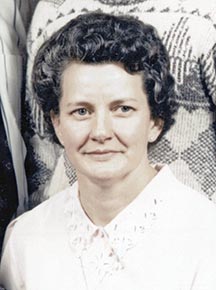 Ms. Georgia Fay Nixon, age 76, of Alexandria, TN, passed away Wednesday, January 8, 2020.
Ms. Nixon was born March 2, 1943, a daughter of the late George C. Nixon and Mary Frances Oakley Nixon. She was a graduate of Liberty High School. She worked at shirt factories for 40 years until her retirement. After retiring, she worked at the Dekalb West Cafeteria for 15 years. She was a longtime member of the Malone’s Chapel Baptist Church. Ms. Fay loved craftwork, flowers and gardening, and cooking for her family and church.
Ms. Nixon is survived by Two Brothers; Roger (Sherry) Nixon of Thompson Station, TN, and Tony (Tina) Nixon of Alexandria, TN. Two Nieces; Shanea (Josh) Cantrell of Smithville, TN, and Katie Nixon of Alexandria, TN.
Funeral Services for Ms. Nixon are scheduled to be conducted at the Avant Funeral Home at 2PM on Friday, January 10, 2020 with Bro. Jason Rich officiating. Interment will follow in the Hillview Cemetery.
Visitation with the Family will be at the Avant Funeral Home on Thursday from 12PM until 8PM and on Friday from 9AM until service time at 2PM.
The family requests donations be made to St. Jude Children’s Hospital or to Malone’s Chapel Baptist Church.