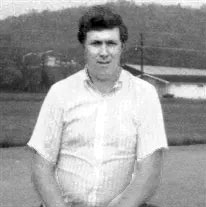 Mr. Dyer was born May 24, 1949 in the Martins Creek Community of Putnam County, TN, a son of the late William Herbert Dyer and Lillie Evergreen Bryant Dyer. He was also preceded in death by Granddaughter; Lisa Marie Sevier and Sister; Geraldine Jackson. He married Veller Jackson on June 16, 1972. Mr. Dyer worked at the Jersey Manier Zinc Mine for 38 years. He was a Deacon and Member of the Jared Missionary Baptist Church.

Funeral Services for Mr. Dyer are scheduled to be conducted from the Gordonsville Chapel of Bass Funeral Homes on Saturday, January 25, 2020 at 2PM with Eld. Joseph Huff and Eld. James Thomas Gibbs officiating. Interment will follow in the Smellage Cemetery in the Boma Community of Putnam County, TN.

Visitation with the Family will be at the Gordonsville Chapel of Bass Funeral Homes on Friday from 2PM until 6PM and on Saturday after 11AM until service time at 2PM.