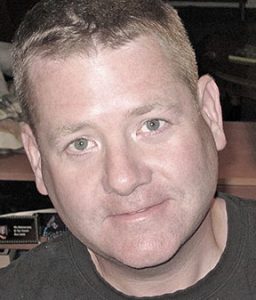 Howell Medley was a man who stepped up without hesitation. Before asked, Howell volunteered, not because it was what he should do, but because it was who he was: selfless and giving. Howell would glance at you, know what you needed and give it to you before you knew you needed it. His presence reassured all around him, family and strangers alike. His smile was omnipresent, a symbol of the light he brought to everyone.

Howell passed away on January 27, 2020 from complications related to an aortic dissection.

Howell was born July 17, 1964 in Fort Hood, Texas to Ted Medley, an Army Colonel and  Barbara Cooksey Medley. Howell grew up an Army brat in Colorado, Kansas, Oklahoma, Alaska and Germany. Experiences living different places encouraged him to study abroad at the University of Regensberg in Germany; he was fluent in German. After graduating from the University of Colorado in 1987, Howell moved to D.C. and began a career connected to ideals he stood for and causes he valued.

Howell is survived by his wife, Lisa, their three children, Lucy, Paige and Brett as well as his father, Ted, his sister, Sharon, his brother, Philip, Philip’s wife, Juanita, and their children, Peter and Mark. Howell is also survived by more friends than anyone can claim. Everyone who knew Howell, those he met studying in Germany or those he served his famous beef bourguignon, considers him a friend.

Howell was a Political and Communications Strategist. He worked for the National Committee for an Effective Congress, Congressman Richard Gephardt, the National Education Association, Medley Strategy Group, an organization he formed, and AARP. At work, he was respected, known for his integrity. Outpouring from colleagues reflects the degree to which he was regarded and valued for his character. He got things done, things right and good, much like Jefferson Smith in Mr. Smith Goes to Washington.

He loved cooking, music, history and travel. His love of travel was something he shared and cultivated in his children – taking them to places here and abroad.  Howell also loved baseball, catching a foul ball at the Nats opening game, a huge grin on his face representing who he was: smiling husband, father, friend. His real passion, however, was championing others and lifting them up. He was a soccer coach and beloved youth leader at Grace Episcopal Church. Wearing an apron for Pancake Suppers, a wild Hawaiian shirt for Chili Bowls, a tuxedo for Altar Guild Teas, or anything at all behind the bar at church socials, he was always serving. He was a youth leader and chaperoned two groups of Grace Church youth on pilgrimages, giving up countless hours and vacation to prepare and lead them on spiritual journeys in Germany and Italy. He held every possible leadership role at Grace Church, always stepping up to serve.

His greatest love was family. He shared 35 years of unconditional love with Lisa, and bestowed the same love on his children. He was generous in everything, constant in his caring and loyal to his core. For Lisa, Lucy, Paige and Brett, Howell was their rock, their soul, their heart. He was the glue that held everyone and everything together, knowing when something was about to fall apart and stepping in to ensure it didn’t. Caring. Compassionate. Generous. Loving. Qualities we all aspire to and wish in those around us.

Memorial contributions may be made to “Grace Episcopal Church” in honor of the youth, family, and many other ministries to which Howell devoted himself.

This notice provided as a courtesy to the Medley Family. Howell Medley is the son of Smith County Native, Ted Medley and the Nephew of Mark Medley.