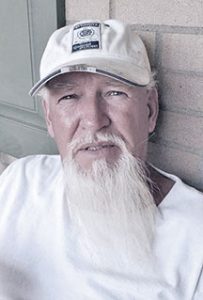 Mr. Frankie Albritton age 64 of the Kempville Community died from a sudden heart attack while visiting in Portland and was pronounced dead at the scene at 6:04 a.m. Friday morning February 7, 2020.

On July 24, 1977 he was united in marriage to Kempville Community native, Sherry Lynn Brooks who survives.

Mr. Albritton was retired from the Zinc Mine with over 29 years of service and worked during several different ownerships of the mine.

Since retirement he had enjoyed collecting, selling and trading used items.

He had attended the Carthage Church of God.