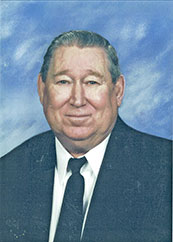 Mr. Dick Bennett, age 82, of Lebanon died at the Quality Center for Rehab and Healing in Lebanon at 12:10 p.m. Sunday afternoon August 2, 2020 suffering from dementia.

Funeral services were conducted Wednesday afternoon August 4th by Bro. Shayne Smith from the Carthage Chapel of Sanderson Funeral Home. Burial followed beside his first wife in the Garden of Peace at the Smith County Memorial Gardens.

Mr. Bennett was preceded in death by his first wife and the mother of their son, Hilda Jane Reece Bennett who died as the result of a brain tumor at the age of 58 on December 9, 1994.

Mr. Bennett was a member of the Immanuel Baptist Church in Lebanon.

He was a 1957 graduate of Gordonsville High School.

Mr. Bennett proudly served our country with the United States Army and was inducted on January 6, 1959 and served his basic training in Fort Knox, Kentucky. He was honorably discharged at Fort Hamilton, New York with the rank of Specialist 4th Class. His total service was three years, one month and twenty six days of which two years, seven months, and one day was a tour in Europe where he was a Personnel Administration Specialist.

Mr. Bennett was employed at Precision Rubber in Lebanon for eighteen years and then worked the Wilson County Highway Department and thereafter retired in 2000 from the City of Lebanon Water Department in maintenance.

Following retirement from the City of Lebanon he was employed for a while by the Wilson County Highway Department.