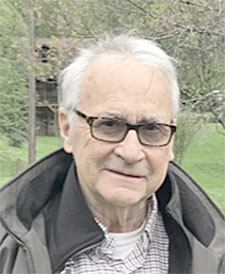 Retired Prestonsburg, Kentucky businessman Mr. Epp Banks Jr., died peacefully at the Barton House in Nashville where he was making his home while suffering from dementia. He was pronounced deceased at 11:55 p.m. Monday night, August 31, 2020, at the age of 75.

Mr. Banks was a 1963 graduate of Prestonsburg High School and graduated in Winchester, Kentucky with a degree in H.V.A.C. installation and repair systems.

He was the owner and operator of Epp Banks Heat and Air in Prestonsburg until his retirement in 2005.

He was also a building contractor and owned several commercial buildings in and around Prestonsburg.

Mr. Banks was a longtime member of the Oddfellows.