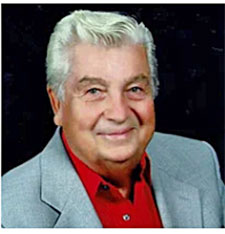 Mr. Ira Charles “Chuck” Donath, , age 83 of Carthage, TN, died at home, September 5, 2020 surrounded by family, friends, and loved ones.Chuck was born July 5, 1937, in Filmore, WI, a son of the late Lloyd Donath and Viola Binder Donath. Chuck married Carol Tanner on April 16, 1961 and she preceded him in death. He was also preceded in death by Brother; William Donath and grandson; Randy Kolessa.He was raised on a farm in Wisconsin, and graduated from Random Lake High School in 1955. He served in the U.S. Navy for two years as an airman. Chuck was a prominent businessman in Lake Worth, FL. He owned and ran several businesses for over 48 years, including Chuck’s Discount Appliance and TV.Mr. Donath retired in 2003 and moved to Carthage, TN, in 2008 with his partner Bonnie Siech. In Tennessee, Chuck had a small hobby farm, a large greenhouse and an English garden. He was an avid gardener and enjoyed sharing the fruits of his labor with anyone who visited. Chuck’s childhood dream was to have a cabin in the woods, and he spent the last three years making that dream come true on the property.Chuck attended the Carthage United Methodist Church.Mr. Donath is survived by Two Children; Vicki Kolessa of Lake Worth, FL, and Randall Donath of Palm Beach Gardens, FL. Three grandchildren, three great-grandchildren, and two great-great grandchildren in Florida.Funeral Services for Mr. Donath are scheduled to be conducted from the Carthage Chapel of Bass Funeral Homes on Saturday, September 12, 2020 at 2PM with Rev. Monica Mowdy officiating. Interment will follow in the Smith County Memorial Gardens.Visitation with the family will be at the Carthage Chapel of Bass Funeral Homes on Saturday from 11AM until service time at 2PM.In lieu of flowers, the family requests memorials be made to the Carthage United Methodist Church.