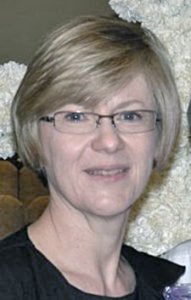 Mrs. Cindy Maxwell Givens-Harris, of the Gladeville community in Wilson County, died at the age of 64 at 9:37 a.m. Saturday morning, September 12, 2020, with her family by her side.

The family will receive friends on Wednesday at the church from 2 p.m. until the memorial services at 6 p.m. All attendees are requested to wear masks.

Mrs. Harris was a 1974 graduate of Smith County High School where she majored in science, mathematics and home economics and was a member of the Future Homemakers of America all four years, served as the reporter her sophomore year, secretary her junior year and also her junior year was awarded the State Degree.

Education of children was her passion and she was awarded “Teacher of the Year” on numerous occasions. She taught in both the Smith and Wilson County School systems for over forty years and retired in 2018.

Mrs. Harris was united in marriage to Randy Harris on December 12, 2011 to whom she had known for over thirty years, both finally finding the loves of their life. She was deeply loved by the Harris family.

Mrs. Harris had a great love for teaching and was enjoying retirement, traveling, working on and around the home and with her plants in the yard and spending time with her grandchildren who lovingly called her “Grams” and “Nana” and she will be dearly missed, not only by them but all her family and numerous fellow educators and all those who called her their friend.

She adored all her family and instilled in them strong values and work ethics that have served all of them well and was happiest spending time with them and her school children.

Mrs. Harris was a member of the Gladeville United Methodist Church.