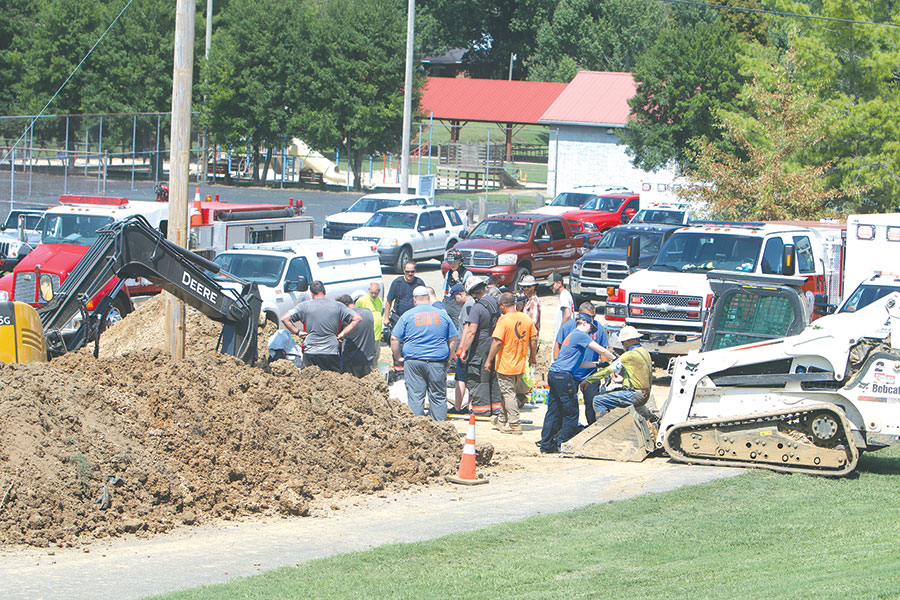 Three men escaped serious injury after becoming trapped when a wall of dirt collapsed in a pipeline installation project at Ivy Agee Park, Friday afternoon. Rescue squad personnel, Gordonsville Fire Department and others dug the dirt away from the men to free them. While trapped by the dirt, the men’s heads were above ground. Shovels and buckets were used to remove the dirt to free the three men None of the three men had to be transported to the hospital after being checked out on the scene by ambulance personnel. The ditch was estimated to be around 12 feet deep and six to eight feet wide.