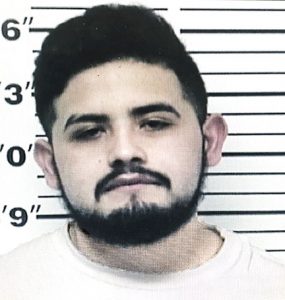 A man potentially faces decades behind bars after being found guilty in the 2018 murder of two men in the Dillehay Hollow located near the Defeated community. It took jurors about two hours to find Alain E. Benitez guilty of two counts of first degree murder and two counts of robbery. Benitez is one of two men charged in the April, 2018 double homicide of two men found shot to death at a vacant house located on Dillehay Hollow Road. The verdict was reached on Friday afternoon (September 4), following a four day trial which was delayed a day as a defense attorney had to be tested for COVID-19. Benitez, 18 at the time of the murders, and David Bibian, then 53, and formerly a resident of the Difficult area, were indicted in May of 2019 on two counts of first degree murder and two counts of robbery.
READ MORE IN THIS WEEKS COURIER!