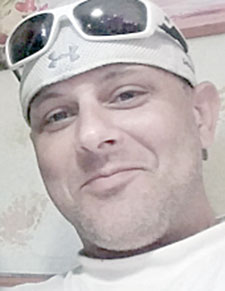 Funeral services from the Carthage Chapel of Sanderson Funeral Home were conducted Sunday afternoon September 20th. Bro. Richard Piercy, associate minister of the Gordonsville Church of the Nazarene, officiated at the 3 p.m. services.

Born Joshua Scott McClanahan in Lebanon on December 21, 1981, he was the grandson and adoptive son of Mary Ann Boston Maynard of the Hogans Creek Community and the late James Harold Glover who died at the age of 58 on November 19, 1997.

Mr. Glover was a landscaper by trade and operated a lawn care service.

He attended Gallatin High School and was a recipient of his General Education Degree.

Mr. Glover attended the Gordonsville Church of the Nazarene.

Surviving in addition to his mother and father is his daughter, Destiny Glover of Sparta, step- father, Hoyte Maynard of the Hogans Creek Community; father, Scott McClanahan of Hamilton, Montana; sister, Holly Spillman and husband Mike and their children, Jack and Gray Spillman all of Madison; half-siblings, Jamie McClanahan and Jeffery McClanahan both of Germany.

The Glover family requests memorials to the St. Jude Children’s Hospital in Memphis.