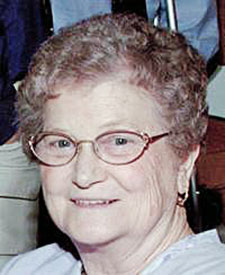 Mrs. Edith Wakefield Cook, a homemaker of Hendersonville and a Macon County native, died at the age of 93 at Alive Hospice Residence in Nashville at4:10 a.m. Monday morning September 14, 2020 following an extended illness.

Funeral services were conducted Thursday morning September 17th at 11 a.m. from the Hendersonville Funeral Home. Graveside services and interment were Thursday afternoon at 1:30 p.m. at the Campground Cemetery in the Wartrace Creek Community.

Mrs. Cook was a member of the Hendersonville Church of Christ.

This notice provided as a courtesy to the Cook family.