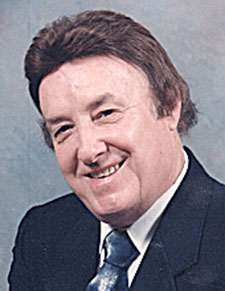 A beloved and respected husband, father, grandfather, great-grandfather, brother, and friend has departed this physical life to be with the angels in heaven throughout eternity.

Mr. Joe A. Grisham, of the Rawls Creek Community, left his earthly body and awakened in the presence of his Lord and Savior Jesus Christ at 2:52 p.m. Wednesday afternoon September 23, 2020 at the Sumner Regional Medical Center in Gallatin where he was admitted September 10th. Mr. Grisham was 84.

Saturday afternoon September 26th funeral services were conducted by Pastor Kevin Page and the eulogy was delivered by Ken Spann from the Carthage Chapel of Sanderson Funeral Home. Burial followed the 1 p.m. funeral services in the Garden of Gethsemane at the Smith County Memorial Gardens.

He was saved at the age of 14 and was baptized in the Cumberland River in Carthage by the late Eld. Luther McBride and was of the Pentecostal faith and was a devoted fifteen year member of the Church Alive in Mount Juliet.

He was united in marriage to Lebanon native, the former Linda Gayle Lackey, on July 31, 1976 in Springfield and the ceremony was performed by Robert Crawford.

Anyone who ever knew Mr. Grisham was keenly aware of his deep abiding faith and that his love for his Lord and Savior Jesus Christ were the most important thing in his spiritual life, followed by the love he possessed for his family, fishing and the University of Tennessee sports.

He was a Christian gentleman who lived his faith in God every day of his life evidenced by how he treated all those who came in contact with him.

For a while following his retirement he drove a school bus or the Smith County School System.

“But as it is written, eye hath not seen, nor ear heard, neither hath entered in to the heart of man, the things which God hath prepared for them that love him.” I Cor. 2:9