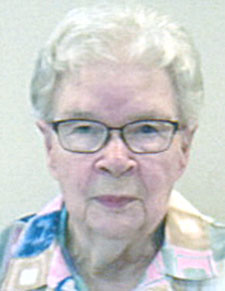 A Longtime Carthage resident, Mrs. Ruth Denney, of Lewisburg, died at 3:09 p.m. Wednesday afternoon September 23, 2020 at the Village Manor Health Care Center in Lewisburg under the care of Willowbrook Hospice. Mrs. Denney was 96.

She was a 1941 graduate of Smith County High School and was Salutatorian of her graduating class with a 95.81 average.

The senior year book had this saying of her, “She that was ever fair and never proud, had tongue at will, and yet was never loud.”

Mrs. Denney was united in marriage to William Martin Denney on January 27, 1946 and he preceded her in death on March 9, 1954 at the age of 30. He suffered a fatal heart attack while on his tractor plowing on their Hiwassie Community farm.

Mrs. Denney was a faithful and dedicated member of the Carthage First Baptist Church before moving to be with her daughter and son-in-law in Lewisburg in November of 2016. She had been a member for over eight five years since June of 1935. At the time of her death she was the oldest living member.

She began employment in 1953 as an accountant for the Upper Cumberland Electric Membership Corporation in Carthage and retired on October 31, 1989 with thirty six years of service.

The Denney family has requested memorials to the Carthage First Baptist Church.