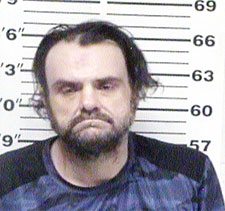 A Brush Creek man faces multiple charges after being found in possession of methamphetamine, cocaine and marijuana during an investigation conducted by a sheriff’s department K-9 officer. During a traffic stop, the driver of a vehicle was discovered with a knife in a holster around his ankle.