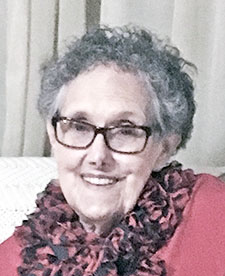 Her pastor, Pastor Seth London, officiated at the Sunday afternoon October 4th funeral services from the Carthage Chapel of Sanderson Funeral Home. Following the 1 p.m. funeral services burial was in the Gordonsville Cemetery.

She was united in marriage to Billy James Parkerson on July 15, 1959 at the Carthage Water Plant by plant operator and church pastor Rev. Billy Patterson on Mr. Patterson’s lunch hour.

Mrs. Parkerson was saved in 1963 at the Lancaster Hill Church of God and the rest of her time on earth had devoted her life to God and had been an example to all who knew her and her dedication to her God, her family and her church family.

If ever a Godly woman walked on the face of the earth, Mrs. Parkerson exemplified that woman.

Mrs. Parkerson was a former employee of the Carthage Shirt Corporation and in 2004 retired from Hartman Luggage in Lebanon.

She and Bro. Billy loved fish and enjoyed their Friday night dates to the Rose Garden for their fish night and traveling to the Sunset Restaurant in Lebanon for fish and where their granddaughter is a server.

Mrs. Parkerson was a dedicated member of the Carthage Church of God in South Carthage.