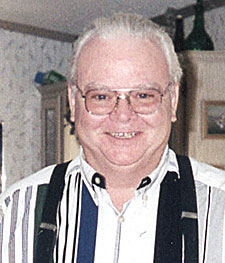 Mr. King was at the Carthage Chapel of Sanderson Funeral Home where his funeral services were conducted Monday afternoon October 19th a 1 p.m. Sis. Gladys Bane Hart and Bro. Roger Grisham officiated at the services and burial followed in the King Family lot in the Garden of Gethsemane at Smith County Memorial Gardens.

Mr. and Mrs. King were preceded in death by a son, Rondal Shane King who died as the result of an automobile accident in Wilson County on Sunday night November 15, 1998 at the age of 29.

Mr. King was employed with the Ford Glass Plant in Nashville for over thirty two years retiring with the position of inspector in 2007.

He was a member of the Full Gospel Tabernacle in Jesus Name in Lebanon.

Surviving in addition to his wife Marie of over fifty six years are their two sons, Michael King and Joshua (Josh) King both of Carthage; two brothers, Donnie King and wife Lela of Gordonsville, Randy King and wife Veronica of South Carthage.