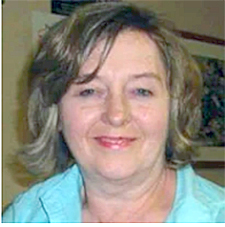 Mrs. Amacher was born November 22, 1956 in Memphis, TN a daughter of the late Frank Beck and Shirley A. Skaggs Beck. She graduated from Antioch High School in Nashville, TN in 1975. She was married to Christopher Amacher on December 4, 1999. She was preceded in death by her father Frank Beck and father-in-law, Howard Riley Amacher. She worked at Fannie Battle Day Home in Nashville, TN for 22 years and retired from Franklin Road Academy in Nashville, TN after working for 20 years. She lover hiking and camping and was a member of the Gordonsville United Methodist Church in Gordonsville, TN.

Funeral Services for Mrs. Amacher are scheduled to be conducted from the Gordonsville Chapel of Bass Funeral Homes on Saturday, December 5, 2020 at 1PM with Bro. Floyd Massey officiating. Interment will follow in the Gordonsville Cemetery in Gordonsville, TN.

Visitation with the family will be held at the Gordonsville Chapel of Bass Funeral Homes on Friday December 4, 2020 from 4PM to 7PM and on Saturday December 5, 2020 from 12 NOON until service time at 1PM.