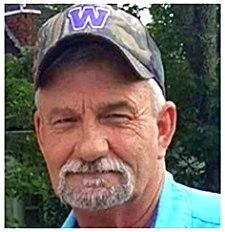 Mr. Cripps was born April 6, 1957 in Lebanon, TN, a son of Wilson Cripps, Jr., and the late Jodine Hall Cripps. He was also preceded in death by maternal grandparents; Hobert and Thelma Hall, and paternal grandmother; Erma Kelly.

Bobby Don co-owned the Watertown Farm Supply for many years. For the past 18 years, he worked as a custodian at Watertown High School. Bobby Don enjoyed coon hunting, talking with his closest buddies, spending time with his grandchildren and best friend, Kenlee. You could often find him standing on the sidelines or sitting in the stands during football, baseball, and basketball games watching his oldest grandsons play.

Funeral Services for Mr. Cripps are scheduled to be conducted from the Gordonsville Chapel of Bass Funeral Homes on Tuesday, December 8, 2020 at 1PM with Bro. Carter Robinson officiating. Interment will follow in the Brush Creek Memorial Gardens.

Visitation with the family will be at the Gordonsville Chapel of Bass Funeral Homes on Monday from 3PM until 8PM and again on Tuesday from 10AM until service time at 1PM.