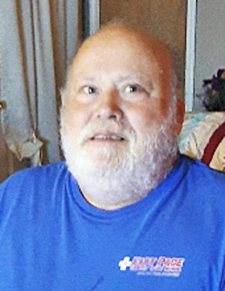 A lifelong Carthage resident, Mr. Farris Gibbs, was found deceased at his Jordan Street home shortly after 11 a.m. Sunday morning December 13, 2020 when Carthage P. D. went to his home to do a welfare check. He was pronounced dead at the age of 60 at the River Regional Medical Center E.R. in Carthage at 12:08 p.m. Sunday afternoon.

Mr. Gibbs was at the Carthage Chapel of Sanderson Funeral Home. Graveside services were conducted Wednesday afternoon December 16th at 1 p.m. with Eld. Rickey Hall officiating. Burial followed near his father and great-nephew in Circle Park at the Smith County Memorial Gardens.

He was a 1979 graduate of Smith County High School.

Mr. Gibbs formerly was employed at the William L. Bonnell Co. in Gordonsville and retired from Dell Computer Corporation as a shipping and receiving clerk.