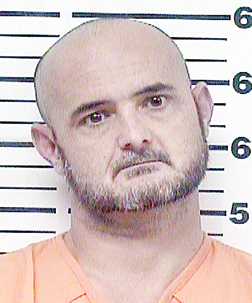 A man who attacked a Carthage police officer with a knife and attempted to break into the Carthage Police Department has been indicted for attempted first degree murder and on buglary charges.

During the December meeting of the grand jury, Ralph Edward Overstreet Jr., 40, Carthage, was indicted for attempted first degree murder, burglary other than habitation, aggravated assault and resisting arrest.

Overstreet is accused of stabbing Officer Stephen Enoch twice with a knife in the front parking lot at the James A. Clay Municipal Building (commonly know as Carthage city hall) in June. Officer Enoch was attempting to take Overstreet into custody for allegedly trying to break into the police department.
READ MORE IN THIS WEEKS COURIER!