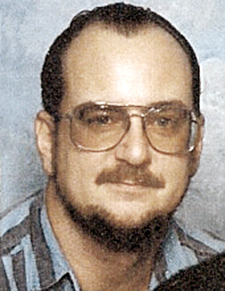 Mr. Mike “Road” Ruis, of Carthage and a longtime Lebanon resident, was pronounced dead on arrival at the Riverview Regional E.R. at 12:26 p.m. Monday afternoon December 21, 2020 at the age of 66.

Mr. Ruis was at the Carthage Chapel of Sanderson Funeral Home and was scheduled to be cremated at Cumberland Family Services in Algood. Private graveside services and interment for the family will be conducted at a later date at the Brush Creek Memorial Gardens.

Born Michael Ray Ruis in Kennesaw in Cobb County, Georgia on June 2, 1954, he was one of three sons of the late Wilburn Augustus “W. A.” and Emma Dean Stuart Ruis.

At the Wilson County Courthouse on June 9, 1978, he was united in marriage to the former Shirley Ann Hale.

They were preceded in death by a son, James Travis Ruis who died at the age of one month and eighteen days on March 7, 1980.

Mr. Ruis was a 1972 graduate of the Dupont High School in Old Hickory.

He was a member of the Church of Christ.

Mr. Ruis was retired from Big Lots in Lebanon.

He loved his family, friends, 442 automobiles, fishing and music.

In honor of his life he would want you to sit back, relax and listen to Lynyrd Skynyrd or Waylon, Willie and the Boys.

Surviving in addition to his wife of over forty two years are his two brothers, Billy Ruis and wife Donna of LaVergne, Bobby Ruis and wife Joyce of Lake Wales, Florida; nieces and nephews.