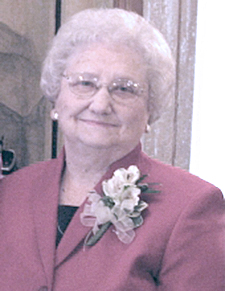 In Blairsville in Union County, Georgia on June 7, 1946, she was united in marriage to Difficult Community native Ryman Osteen Williams who preceded her in death on September 3, 2016 at the age of 91 following over seventy years of marriage.

Mrs. Williams was saved and was baptized into the full fellowship of the Defeated Creek Missionary Baptist church where she was a dedicated member and remained faithful in her attendance as long as her health permitted.