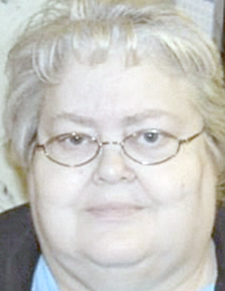 Memorial services will be scheduled from the Carthage Chapel of Sanderson Funeral Home following cremation at Cumberland Family Services in Algood. Burial will follow in the Chestnut Mound United Methodist Church Cemetery. The time and date will be announced later.

Mrs. Chambers was one of four children and was born Wanda Louise Petty on September 9, 1954 to Shirley Ann Smith Petty of the Buffalo Valley Community and the late Jackie Petty who died April 14, 2014 at the age of 83.

Her husband, Robert Douglas Petty preceded her in death on November 2, 2009 at the age of 63. They were united in marriage on April 18, 1970 in the front yard of the late Justice of the Peace, Virgil Petty, in the Chestnut Mound Community.

Mrs. Chambers was a former cashier clerk at the Movie Time Video Store in Carthage.

She was a member of the Buckner Chapel Freewill Baptist Church in the Buffalo Valley Community.