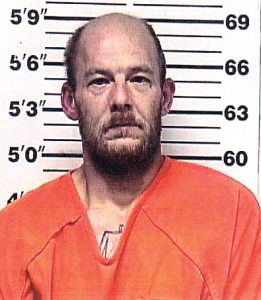 An Elmwood man was arrested twice in one day for aggravated assault, last week. According to law enforcement authorities, the man, identified as Shawn Allen Smith, 38, was arrested in the morning hours on Monday, February 8, by the sheriff’s department in the Elmwood community and was released on bond.

That night Smith was arrested by Carthage police for an incident which occurred at Walmart and Sonic. In the Carthage incident, police were dispatched to the Walmart parking lot after a man in his “undergarments” was reported attempting to get into vehicles in the parking lot. After Carthage Officers Logan Davis and John Baiera arrived on the scene, the patrolmen found there was a lot more to the story than had been reported.

The man, identified by Carthage police as Smith, was charged with two counts of theft of property (shoplifting), burglary, aggravated assault and evading arrest following a series of incidents which occurred in the Walmart area. According to a police report filed by Officer Davis, initially Smith, allegedly walked past “all points of sale” at Walmart with a buggy full of items. From Walmart, Smith went to the Sonic parking lot where he was located hiding from police in a pickup truck belonging to a woman who said she had “never seen him before”, according to Officer Davis’ police report.